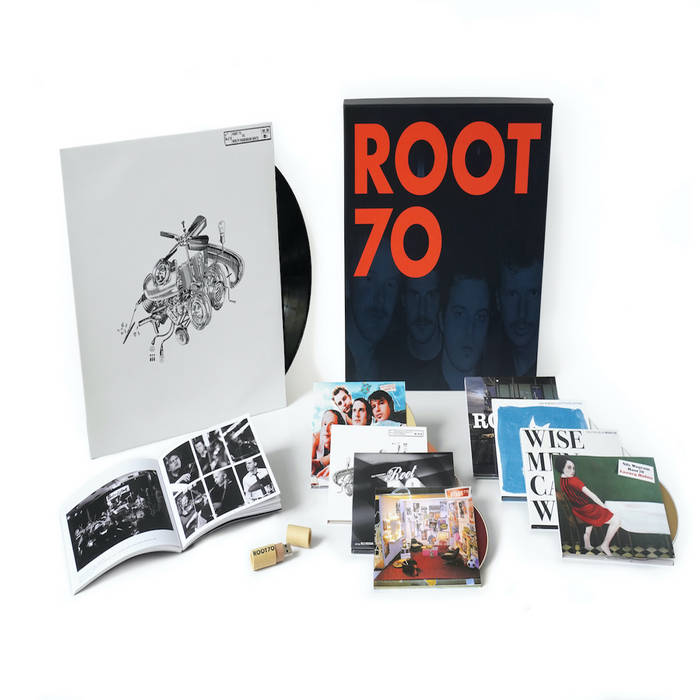 The jazz band Root 70 is celebrating its 20th anniversary in 2020 and it puts down this longevity to a whole series of facts. Trombonist Nils Wogram, saxophonist Hayden Chisholm, bassist Matt Penman and drummer Jochen Rückert form one of the most stable formations in jazz history. Making music for two decades in an unchanged line-up is not only remarkable in itself, but in the case of Root 70 it is particularly impressive because the band did not choose the easiest path. But let’s start at the beginning, when four young musicians decided to travel a while together.

To make it quite simple: Hayden Chisholm and Matt Penman are from New Zealand and have known each other since their early youth. Already as a teenager, Chisholm came to Cologne via Switzerland. At about the same time, Nils Wogram returned from New York to the conservatory in Cologne where he met Chisholm and Jochen Rückert. The latter had already played in New York with Matt Penman, but not with the saxophonist. Rückert was drumming in Wogram’s quartet, and when the trombonist asked the drummer who he would like to play bass with, he chose the New Zealander from New York. Meanwhile Chisholm played in a trio with Rückert and Penman and invited Wogram as a guest one evening in 1999. “It was the first time there were the four of us in this combination, and I said that this concentration of persons is something special, we have to do it for a little longer than just this one gig,” Wogram recalls.

Root 70 is more than a musical institution, more than a success story documented on eight albums, more than one of a million band biographies, which almost all read the same. Root 70 is a utopia of reconciling opposites without corrupting the individual claim of each part of the whole.

The entire Discographie von Root 70 includes: 8 CDs + 1 LP, History of the Band in pictures (Photobook), USB Stick with all kind of Videos (Studio and On Tour) Root 70 Songbook (Sheet Music)

Bandcamp Daily  your guide to the world of Bandcamp